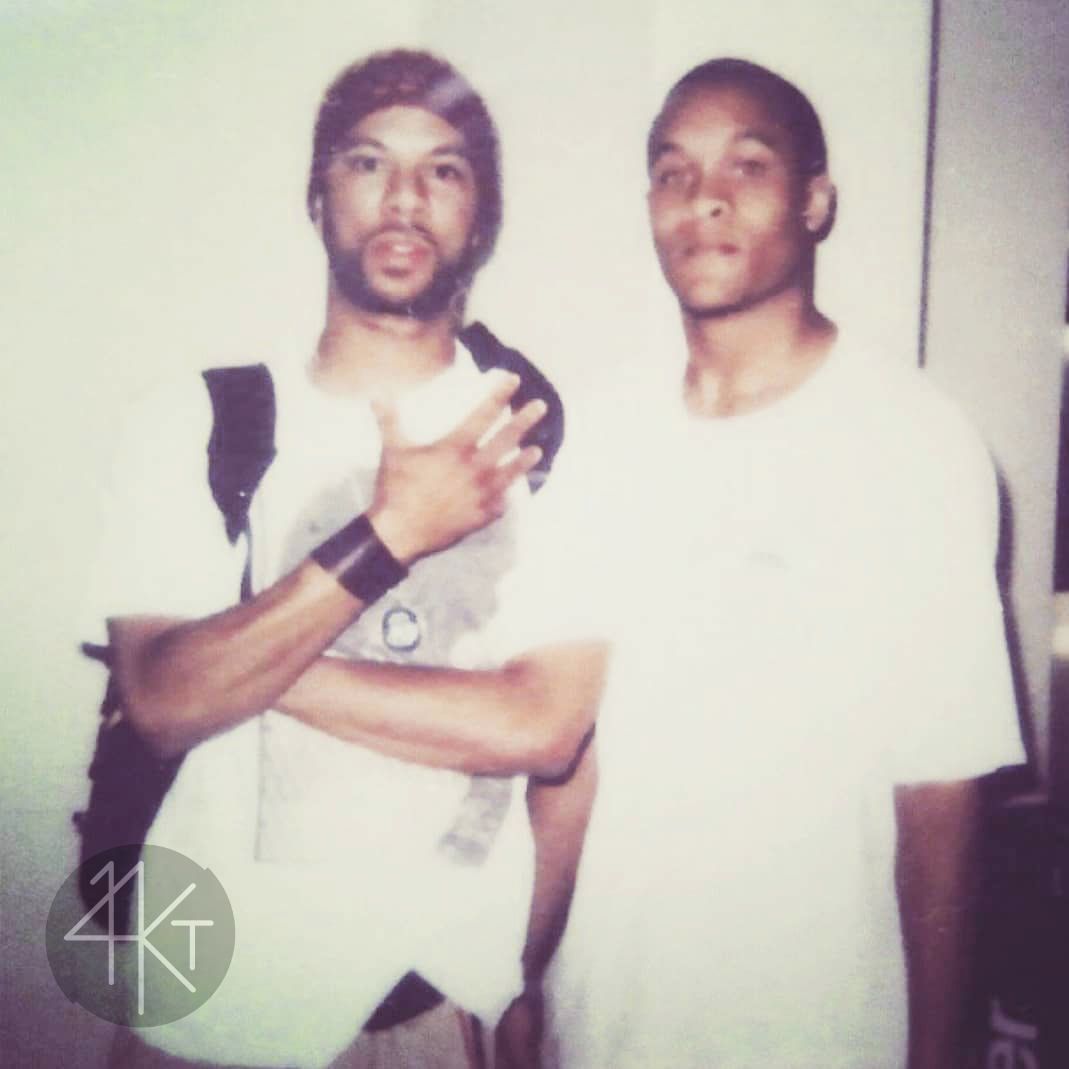 When we got off the plane, we took this picture!

I was living in Jersey City, NJ off of Old Bergen Rd around this time. I went back home to Michigan to visit for a weekend. On my way back to NJ, I was sitting in DTW airport with my mom waiting on my flight. While we were having a conversation, I began telling her how Common was my favorite emcee at the time. As I was telling her, I saw a guy walking towards my gate holding a small stack of records in his hand. As he got closer, I realized it was Common! I whispered to my mom that the guy I was talking about was at the check- in counter getting on the same flight. I was freakin out a little, but I played it real cool.

It was time to board the plane and there were only 8 people on the flight. I felt like it was only me and him on the flight though. Lol. I felt like it was my chance to meet him. So I left my seat and, walked up to him and told him how much I appreciated him and his music. Common let me sit next to him and talk for a second. I got to talk to him about FAMU because we both went to college there (and dropped out).

I asked him what he was up to in Detroit. He says, "I was there in the studio working with a producer named Jay Dee, do you know Jay Dee?" I was like, "Hail yeah..well I don't know him like that, but im a big fan of Jay Dee's music." Com said, "Word!". He had a Bible and a cassette tape player with him. Common told me that he needed to finish writing to this beat Jay Dee gave him so he politely asked me to let him zone out, but he let me sit next to him still. When he put his headphones on, I was trying hard to hear the Jay Dee beat he was listening to. All I could hear was a snare snapping, some raw drums and piano notes....