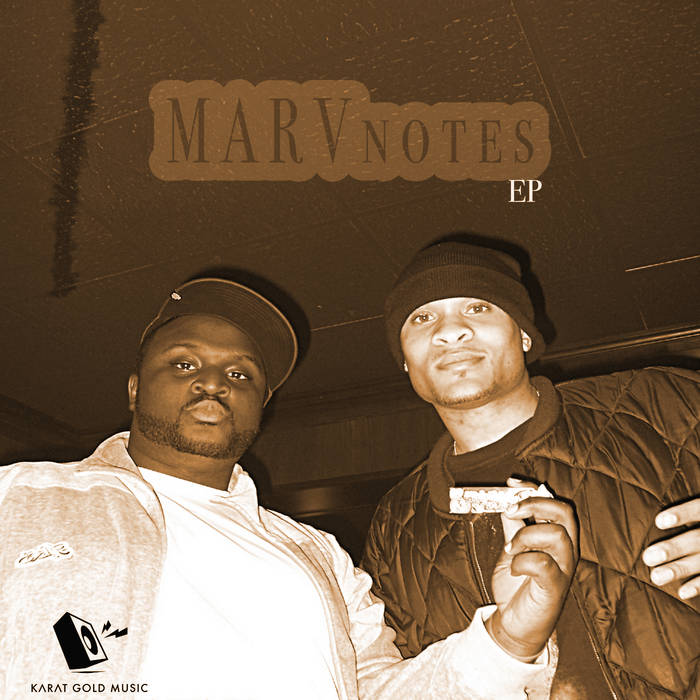 Around 2005, I really wanted to work with more local artists, so I was passing out TONS of beats. I finally caught up with emcee Marv Won and got to build with him more. We threw out the idea of doing a project together, which combined both of our names called “Marv Notes” (I went by the name CliffNotes as a producer at the time).

All of these songs (minus “Rock-A-Bye Baby”) were originally intended to be part of the Marv Won and CliffNotes collaboration project. The reason the project never came to fruition, was because in my mission to get beats out to everyone, I quickly learned the lesson of miscommunication with artists in the business. That was the beginning of my struggle and frustration with working with other artists. However, I wanted to share with ya’ll these songs because these were some of my favorite joints that I really wished we had got a chance to release properly.

Peep the liner notes below for the stories.

I originally made this in 2005. I sent it out to several artists with no response. I played it for Marv, gave him a little direction for it, and he finally recorded to it. One of the homies I shared the beat with was producer Nick Speed, who ended up helping emcee Danny Brown release his “Detroit State of Mind” mix tape series. Speed ended up playing this beat for Danny, who ended up recording to it and releasing the song on his 2008 “Detroit State of Mind pt. 3” mix tape without informing me. Marv heard Danny’s mix tape, called me up about it. Marv wasn’t happy. I wasn’t either. I guess the positive side was this beat was how I started a working relationship with Danny Brown.

Recorded June 6th, 2005. This is the only beat I specifically created just for Marv. This is one of my favorite joints.

Recorded July 21st, 2005. This was another beat I was passing out on a beat tape. This is also the first beat I ever played for Marv. After Marv originally recorded this, there was a period of time where we both got busy, so I wasn’t sure if Marv still wanted to use the beat. My brother Jamall Bufford was working on his first solo record “Pure”. One day I was having a music meeting with Jamall and he said, “Yo, I want you to hear what I did with that beat”. He played it, but didn’t tell me he got features on it. Elzhi was one of my favorite emcees, so once I heard his verse I there, it was a wrapped. This beat ended up going on Jamall Bufford (Buff1) debut album “Pure” in 2007.

This beat was made in 2008 when I was preparing to go to New York City (hence why I sampled “New Jack City”) for the Red Bull Big Tune Beat Battle Championship. Marv ended up recording this song to it, which he ended up just using it for his “Wayne Fontes Music” mix tape in 2010. The instrumental to this was released on my solo record “14KillaTape”. In 2015, without my permission, emcee Lil’ Mama ended up randomly recording and shooting a video to this beat called “RockABarBaby”.